Can you share a little about your background and how you got started?

Over the past several years, I've built a wireless development company that has, under the current administration's economy, cultivated enough success that I have the capacity to run for office.  Last year, I decided it was time to use my skills to serve my country. I strongly considered joining the military, but when I considered what my country needed most, it was clear that my skillset was needed in Congress.  I've built a business in a tough industry from the ground up. I built my business on the reputation of getting things done that other firms can't or wont, and I want the very best for my country and its people. The loudest sitting members of Congress want the exact opposite, destruction and death to the American Dream. And they are fighters. They are loud. Well, I fight too. Hard.  It's in my blood. So here I am. No more standing by and idly watching, it's time to roll up my sleeves and get in the game.

Fiscal conservatism has always been a principle I've embraced. A dollar saved is a dollar made. I've applied that in every aspect of my personal and professional life, which has ultimately brought success, peace of mind, and preparedness for rainy days (which are certain to come along). Unfortunately, our very own Congress has embraced the opposite. The wreckless spending of our tax money is incredible, and destroying the future of our country. It's spending problem, if not dealt with, will continue to pile onto the backs of the American worker. Career politicians are planted in their seats like weeds and have become more dependent on the government than the entitlement programs they promote. They spend our hard earned tax money like it's monopoly money. If we want to turn this ship around, we have no choice but to rip out the roots. If we want to hold onto our republic and our freedom, people like me HAVE to run. If we keep leaving it to the establishment, we will lose everything our soldiers have fought for. It's time for the American people to get in the game.

I'm a big Winston Churchill fan. He was a fighter. He had the gift of perceiving threats before they progressed, and the grit to stand against the establishment and the naysayers. A favorite quote of his well-articulates today's political landscape: "If you're not a liberal by the time you're 20, you don't have a heart. If you aren't conservative by the time you're 40, you don't have a brain." I think a lot of liberal voters have good intentions, they just haven't quite learned how to get there. There are no shortcuts to freedom or prosperity. Both come at a cost. Freedom isn't "free."

I don't like putting myself into a box. Free thinkers shouldn't be able to boxed in, otherwise, they aren't a free thinker at all. I simply bleed red, white, and blue. And I must describe myself, I'm a God-first, freedom-loving, constitutional conservative.

Balancing the budget. Trimming the fat. Streamlining. Reducing overhead. Reminding Congress who they work for and what their role is, which is ONLY to protect our right to life, liberty and the pursuit of happiness. Their role is NOT to give hand outs, only a hand up. A large part of my skill set is in my ability to influence other members of Congress to get on board and get this done.

Anything additional you'd like to add? Why vote for you?

If you want a different outcome, then you're going to have to do something different. South Florida has the most beautiful counties in America. In recent years, a lack of conservative effort to preserve our republic in this region, has conceded precious territory to evil, destructive, crooked, socialist ideaologies and if we don't do something about it, we most certainly will endure what countries like Venezuela, Cuba and hundreds of others have already endured. We need strong, unique, ferocious conservative leaders who wont hesitate to throw blows when our freedom is on the line. We need candidates and leaders that American youth and people will actually stop and listen to because they have marketing appeal and are relatable. We need candidates who have allegience to America, and a unique and effective method of delivering the message ofthe American Dream.

How can we vote for you and are districts pertinent?

Go to votejessi.com to stay updated and donate to my race. A little bit goes a long way when you're spending right. 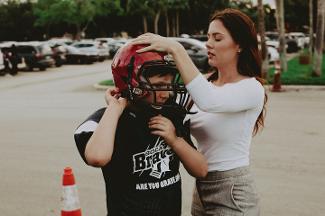