R.M. - Karyn, please tell our readers a little about your background and how you arrived in your current modus operandi:

K.T. - I was raised in New Jersey. Starting my life in the a predominantly orthodox community of Teaneck. A first generation American. My parents both fled the Nazis in Austria. They were democrats. As Jews, they felt this was their party. My Dad was a brilliant intellectual. He taught me to read at the age of three. His claim was this stemmed from reading me the New York Times each morning. With the exceptions of Sesame Street and Mr. Rogers on a black and white 19inch T.V. My childhood was filled with news and politics.  At a very young age, I was perplexed by my parent’s choices in candidates. When I would voice my pollical opinions as a child, they allowed me to disagree. They never persuaded me to be anything but a free thinker. In High School, we would listen to Rush Limbaugh and debate the topics of the day. As my parents aged their views shifted as they became huge fans of Bill O’Reilly and began to embrace a more conservative stance. They could see that America was changing, that their party had changed and that the future of America was becoming more fragile. We began to connect more politically. They were my inspiration then and still are today

R.M. - Any advice for those interested in getting involved in politics?

K.T. - Get your personal armor shined up and stick to your guns. It’s not easy but if you are passionate it’s worth it. You really need to be prepared for some battle. Do not get discouraged by those who don’t support you. Just be inspired by those that do.

R.M. - Do you identify as more of a conservative, libertarian or stalwart registered Republican?

K.T. - Although, I consider myself a Republican in our traditional two-party system. I identify with libertarian values.  I am socially liberal, capitalist.  I am for limited government. Big government is an epic failure. Contribute to the greater good and pay taxes. If our economy is good, we can fund social programs. A hand up is better than a hand out. Empower people to become better, stronger. Nothing is free.  Legalize marijuana if there is little risk and an economic benefit. Love whomever you want to love but don’t push your lifestyle on others. Don’t think your alternative choices, rank superior, to traditional or biblical ones. I feel another woman’s choice is their individual freedom. However, I am totally and completely against government funding for planned parenthood or any organization that supports abortion. I am perplexed how an agenda of “Adoption is an Option” isn’t pushed into the modern narrative. It seems both sides would benefit. On immigration, come to this country legally.  Then, expect to work hard for your American dream. If you are lucky enough to be born here, remember that we are still the land of freedom. Freedom that others lack. Salute the flag, take pride in our country.

R.M. - o you have a favorite historical president and how do you feel his values coincide with your values and how do those values benefit society?

K.T. - Definitely Ronald Reagan. His election impacted my viewpoint of America as a young girl. His mark on the office and country were unprecedented. He is admired now but that admiration grew from hindsight being 20/20. He is much more revered in history than he was back then. His values were to renew America to benefit every American. He succeeded. The good prevailed. I believe there are many parallels to President Trump.  Reagan led the nation through international turbulence. It was a time of rapid changes in America. He navigated those challenges successfully, and brought us all out on the other side. Reaganomics and Tax reform stimulated our economy. As President he faced threats of communism with fortitude. He was an outsider, from Hollywood, who renewed the old face of the Republican Party. His successful leadership re-established faith in the office of the presidency. There was optimism in America, to the benefit of everyone. I identify with Reagan and President Trump for their basic belief in America. The basic values that give us pride in our country. The foundation that protects and nourishes our freedoms. The belief in our constitution and our constitutional republic. As President, Reagan called-out our adversaries. I respect that both Ronald Reagan and our President did not let personal attacks affect them. During my struggles, I have drawn inspiration from this. I want to be someone who stands up for freedom, free speech. justice and America. Another American that I admire, my friend Roger Stone. He gave me a great piece of advice back in September. When I was facing the beginning of a darker period. He said to me “they hate us because we make a difference”. I always want to make a difference and will always stand up for what I know is right.v

K.T. - Being a media executive before venturing into the political and news arena gives me a very enlightened perspective into how the main stream media works and the business behind the scenes. It is really important for every American to understand that this is a business of selling content. Politics is the reality show that we are all consuming today. Media is an advertising business. It’s all about getting as many eyeballs on that content as possible. Raising ratings and stats. sells advertising. Pretty simplistic when you see it clearly. In an election cycle who’s buying ads? Candidates are. So, what audience do they want? The captive one watching the political reality show.  Even the feel-good morning shows monetize everything and I mean everything. Let’s say someone like Paula Dean is cooking up BBQ on the plaza, she’s not just an invited guest. It’s a lucrative pay to play. It’s an interactive advertising spot, paid for.  It’s all about reaching the advertisers target demographic. Of course, within this revenue you must factor in the foundations that support grants to organizations and candidates. Many of these on the left, have ties to George Soros. They are huge contributors to media outlet revenues. It’s a left leaning reality with 90% of the media outlets in this country, owned by six corporations. There is a widespread influence of this controversial billionaire in the mainstream media. He gave millions to defeat Donald Trump in 2016. He’s granted $32 billion through a network of grant makers, the Open Society Foundations. He has ties everywhere through these grants, strategically placed to support and lean left, The New York Times, Washington Post, the Associated Press, just to name a few. America needs to remember that when they consume media, they are ingesting a show. News is just another show for the American public. It still happens to be a show that I love. My favorite show for sure. You just need to see it with 2020 vision.

K.T. - The most exciting is that I have just finished my first book, Behind the Headlines. Which reveals the darker truth. I talk a lot about my lawsuits. The political attacks, the character assassination. Most of all, I go into details about how I ended up in jail. It reveals a lot about the corrupt environment in our courts, the democratic swap dwellers in our midst. I delve deep and share things on a really personal level. This is more than I have never done before. I am an open book, in the book. I committed to living without fear. Behind that there are a few other exciting things happening very soon. I am developing a new video podcast, Real Wife Conservative. Other media ventures are on the horizon. 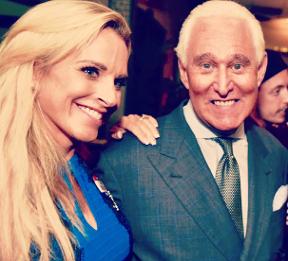 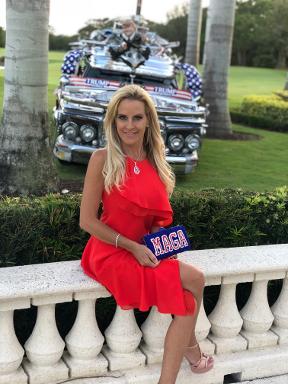