How does Ronald Reagan Compare to Donald Trump?

1. Reducing the capital gains tax, this is something we speculate Trump might consider in his second term.

2. Reducing the growth of government spending.  According to The Heritage Foundation The Trump plan includes reducing porkmark spending by 4.4 trillion and a plan to have a surplus by 2035.  This is being written in Mid-April 2020 so the projected numbers will be skewed somewhat by the Coronavirus economy but it will be interesting to see what the President comes up with to get us back on track.

It could be said that Trumpanomics is Reaganomics on steroids when adding in Trumps global tarrifs and other international business strategies to help us compete globally again.

Reagan united a party which was socially decimated by the Nixon era and yearning for hope.  Like Trump he united the religious right, the blue collar manufacturing and rust belt movement and even the liberty movement.  Trump takes it one step further by supporting the NRA and also signing a bill legalizing hemp and medical marijuana which is something that brings some Libertarans into the Trump fold of support.

Income: Income during the Reagan administration was the highest it has ever been.  The same applies to the Trump Administration.

Israel:  Reagan negotiated to free Soviet Jews and to fly Ethiopian Jews to their rightful homeland in Israel.  He also connected the U.S. Pentagon to the Israeli IDF and the Mossad creating an alliance of global cooperation which has stood firm to this day.  Trump continues to carry Ronald Reagan's menorah torch legacy and displayed this support by moving the Israeli Embassy from Tel-Aviv to Jerusalem.

Bureaucracy & Government Regulation:  Ronald Reagan lifted business and governmental regulations in the exact same way that Donald Trump has done and is doing.  One example being lifted control of the petroleum industry.   Another is reduced red-tape in the lending sector.

Military: Reagan increased spending on a secure military in much the same way Trump has been doing.

Immigration:  Reagan signed the IRCA - Immigration Reform & Control Act by Simpson & Mazzoli which made it illegal to hire illegal immigrants.  He did grant amnesty to a certain number of illegal immigrants but back in 1986 a number of them were essentially needed to work on farms and do the labor that most Americans won't do.  Like Reagan Trump is very pro-Immigration yet he wants millionaire immigrants and highly educated immigrants to enter into our fold as opposed to the criminals and impovershed aliens who attempt to cross our border to collect government benefits or worse.  Hence the building of the wall which is much needed in 2020!!! 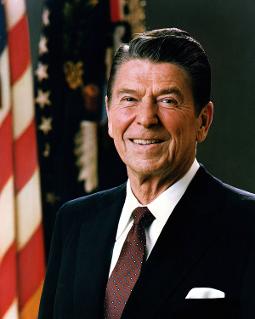 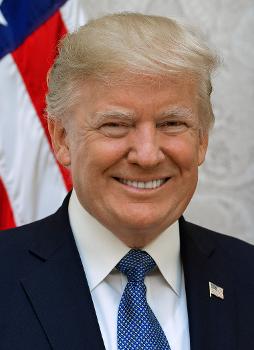